We got no class, we got no principles

Friday was the last day of school for the kids. We have only two more days of staff meetings and admin stuff next week. After that, no work until August, except for two weeks of camp. That's an extra thou right there. I'm going to drop by Old Job and get paid for a couple of days, too.

All told, I've got quite a bit of money these days (nice job, no kids, no alimony, no expensive habits, good credit), which is good, since it looks like I may have support my chump-ass father for a while. He's spent literally thousands of dollars on some prescription narcotic that he's convinced himself he needs, and now he's totally broke. Idiot.

Oh yeah, the 'Jeopardy!' audition. It went as well as could be expected. I think the personality interview went fairly well. There were people there much more interesting than I (a Secret Service agent who's guarded the President) and people less interesting (a social services attorney who gushed about how interesting it was how many people try to fraud the government out of checks). I'm a fairly pleasant guy when I want to be, and I think I may have stuck in my intterregators' minds a bit. I was the only male not wearing a dark color (I wore an orange silk shirt), and one of the few not in a coat and tie.

There was a fifty-question written test. I can't say anything about the questions, but I know for a fact I missed at least seven (including a couple I kicked myself over afterwards), which is still a respectable if not eye-popping score. Finally, we played a mock game, complete with buzzers that lit up pads and questions on a big computer screen. That part was the most fun.

So, yeah, I may get called in the next year to be on the show, or I may not.

After I told a neighbor about the experience, she congratulated me and then said, "I don't know much about that kind of stuff, though. Don't call me if you need a lifeline!"

On the last day of school, a kindergartener came up to me and said, "Mr. Chance, Sally lifted her dress and showed her penis to Billy."

That's the kind of thing you have to take with a straight face.

This weekend, Flax, my law prof friend who teaches somewhere in California, was in town with his wife. Flax and Friar and I we all went out and heard an up-and-coming young singer at a divey bar where the rattling air conditioner served as off-kilter percussion accompaniment to her acoustic guitar and cello. After that, we went to the Hangout, and Maddening Angel dropped by too, as did Gunner's brother. I had just finished reading the excellent treatise Blink, by Malcolm Gladwell, and Gunner's brother told me a story about meeting Gladwell and driving him home from a party. Man, everyone I know is more interesting than I am.

Earlier in the week, I learned that my friend T-Bone was diagnosed with thyroid cancer and had his thyroid removed. He seems completely fine, which is great. We all went over to his house and played Apples to Apples, which is a very fun game, but I always do poorly at it. It requires an ability to accurately gauge how others think, and I've never been very good at that. What most people rhapsodize over as bizarre or prosaic, I find mundane, and what most people think is just delightful (like Las Vegas) I find repulsive. 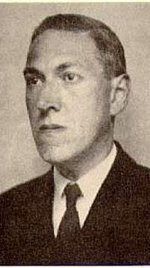 Takin' what we want like robber barons, droppin' other Gs like they was the ends of gerunds

Here's another one of my "the kids at Prestigious sure are rich" anecdotes. A family employs three full-time nannies --- one for each kid --- and bought the house adjacent theirs so the nannies could live there. Holy cow.

In fourth grade this week, I was asking the kids what talents they had. One boy said he could sing Elvis opera. Intrigued, I asked him to do so. After a bit of half-hearted demurring, he trilled in a very operatic falsetto, "You ain't nothing but a hound dooooog..... Cryiiiiiing.... All the tiiiiiiime...." It was beautiful. I mean, it was musically ludicrous, but the idea was beautiful.

The other day I ordered some food from my regular Chinese place (called, risibly enough, Wang's). I asked the girl, "How many dumplings to an order?" She said, "Six." I said, "Well, I'll have 18, then." There was a pause, and then she asked, hesitantly, "So that's... uh, how many orders?" I had to tell her it was three. (This did not shatter any racist stereotypes about Asians being good with numbers, because the girl taking my order was Hispanic.)

Auric's band came to town again, to the typical critical fanfare. I went with the Friar, but while he went up front to listen to the music, I stayed backstage the entire time (I love Auric's music, but I'm well acquainted with it by now) talking to a friendly girl who turned out to be the sister of this girl, and the ex-girlfriend of my musician friend who got killed. It wasn't flirtatious or "there's a spark between us" talk, it was more Amateur Therapist Hour on my part. She's got legitimate problems, and I tried to tell her that she wasn't a bad person for feeling overwhelmed about them. Like I'm one to talk, right? Physician, heal thyself.

Speaking of worrying, I'm feeling less than confident about the upcoming Jeopardy! audition. I test myself with various quizzes, and I don't seem to know anything. Or I'm far too slow in dredging up the requisite piece of information. Quiz shows are a young person's game.

Oh, and I'm worrying about my place at Prestigious, too, but that should go without saying. There's just so much secrecy around there (Friday, it was announced that a teacher would be an administrator next year, which no one saw coming). How do I know they're not planning for someone else to take my spot and they'll spring the bad news on me the last day of school? Also, remember the "stupid" incident detailed at (1) here? It's spread to the whole school. A first grader who as far as I know enjoys me being in the room asked me shyly if it was true, and said the third graders "were telling everyone you called them the S-word." Great!

Finally, surely in this crazy world of sectarian violence and partisan infighting, surely we can all agree that "The Flapping Dickies" would be an excellent band name.
Posted by Chance at 10:04 PM 3 comments:

Teaching is my bag

Doing the blog thing again both appeals and appalls. I'm the guy who sucks, plus I got the depression; so I'm not exactly rarin' to chronicle my endless wasted days. Yet if I don't purge once in a while in lexical catharsis, the gerbils in my head may stop running on their wheel and start gnawing on my brain. So maybe I'm going to post weekly. We'll see how that works out.

Again, not in the mood for expansive commentary, but here's a rundown.

(1) Am tense as hell about work. I've landed in the soup twice in the last two weeks. Most recent offense: apparently I talk to the young children in too sharp a tone. The week before, some third graders accused me of calling them "stupid." This didn't happen, of course, but I had to apologize to them anyway for losing my cool with them, which I did. I got worried about it, but it turned out to be a non-event. This sharp and supposedly sarcastic tone of mine coming so quickly at the heels of it, however, has depreciated my stock at Prestigius considerably. Hopefully I can repair the damage and get back to being the golden boy.

(2) Unless I get fired, I'll be doing summer camp for a few weeks after school. That might be fun.

(3) I'm going to 'Jeopardy!' auditions later this month. I passed the online test, which I took a few months back. I'll get to play a mock game and have a personality assessment!

(4) Health situation is neither ameliorated or deteriorated.

(5) I joined Facebook. Boy, that Scrabulous sure is fun. Also the other word games.

1. Ten years ago I was: I'm terrible with dates. Checking the archives... Ah, my graduate transcript from my teaching portfolio informs me that in May 1998 I was in Oregon, finishing my master's thesis on colonialism in Asia. (I find was asked this question three years ago.)

2. Five things on today's to do list: 1. Get gas for the car (done, to the tune of $35). 2. Buy groceries for the next week or two (done, to the tune of $110). 3. Take the car in for repairs and new tires (put off until another day). 4. Play some internet trivia games and record the answers to the ones I don't know in my research book as practice for Jeopardy! (done, but will do again). 5. Worry like Peter Lorre in 'M' about work tomorrow (continuous).

3. Things I'd do if I were a billionaire: 1. Hire specialists in many fields to teach me things, like languages and how to fix a car and so on. 2. Go around the world on a ship (with a crew, I mean, not like crazed missing adventurer Steve Fossett). 3. Donate lots of money to charities: preventing animal cruelty (but not those nuts at PETA), cancer cures, saving rain forests, community-based education programs for poor kids, etc. 4. Eat like a king, baby! Japense sushi chefs, the finest filet mignon, Kobe beef, exotic fruits! 5. Swim in a money bin. No, not really. I would pay David Milch to finish 'Deadwood' the way it should have been.